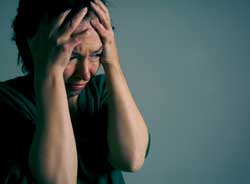 It is now considered a group of mental disorders rather than a single illness. Schizophrenia is characterized by thought disorder (a diminished ability to think clearly and logically), delusions, and hallucinations. People are born with this emotionally devastating illness that is usually inherited. Schizophrenia is relatively common with an estimated one percent of our population diagnosed with it over the course of their lives. It is not caused by personal weakness or bad parenting and is not a “split personality.” That is a rare and very different disorder. 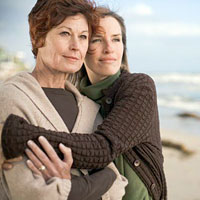 What to look for…

Symptoms include lack of emotional expression, apathy and social withdrawal. A person with schizophrenia may not realize that he or she is ill, so the task of seeking treatment often falls to a relative, a friend or a caregiver. While the first psychotic episodes usually occur in late adolescence or early adulthood, it can happen to anyone at any point in life. Symptoms appear gradually and may not be noticed at first, but as the illness progresses, changes occur and symptoms become more bizarre. Schizophrenia is often signaled by a marked change in personality and habits and/or by withdrawal from relationships and retreat from society. Focus turns inward to self. Aloofness and difficulty in communicating with others is common. Delusions can occur, resulting in the belief that there are conspiracies against them or that they possess great wealth, intellect or power. Hallucinations often take the form of voices that are heard only by the affected person, but hallucinations also can be smelled, seen or felt.

What can you do? 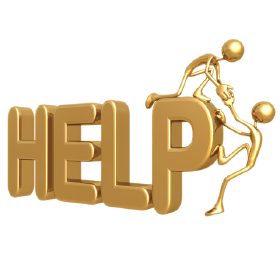 Seeking professional help from a doctor or qualified mental health care counselor is critical in determining diagnosis. There is no known cure, but schizophrenia is very treatable. Treatment can include case management and medication management with anti-psychotic drugs that can dramatically improve function. Acute cases may require hospitalization. Day programs, rehabilitation facilities and outpatient resources can be utilized when appropriate. The majority of cases respond to treatment. Some people recover completely and many others improve to a point where they live independently, often with drug therapy maintenance and supportive services. Because the support of family and friends is crucial to recovery, education about the illness is essential. 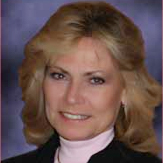 Diana Smith, PhD, LPC-MH owns and operates Serenity Mental Health Services and is licensed by the National Board of Certified Counselors. License number is LPC-MH2025 and she follows the ethical guidelines described by the NBCC found at their web site www.nbcc.org/webethics2. Diana is a member of the National Board for Certified Counselors, Certification Number 43911. In addition, she is also a member of the American Counseling Association, Member ID# 5140627. Online counseling can help you right now. Research has made it clear that this manner of offering therapy is effective and those who’ve experienced it have said they would seek it out again.